skip to main | skip to sidebar

Clearing Craig's stuff out of my life the same week that I cleared out my mother's home has had a significant effect. Any vague packratting or hoarding tendencies that I may have had are entirely gone. I am the Mistress of the Purge. Since removing his stuff from my home, I have already filled 8 garbage bags with stuff that I no longer want or need. I am no longer sentimental in reference to things. I want people in my life that I care about, not scraps of paper that represent them. Ok, I'm not a complete minimalist...yet. My bookshelves are still utterly overcrowded and I'm fine with that. I also kept the toy raygun that lights up and makes noise that Snee gave me for a night of debauchery. But that might not make it through the next round. Having never purchased a mattress in my life, I had no idea how expensive beds are! The ones I like are upwards of $1500! I know, I know, The Mistress cleaning her closets and doing domestic shopping isn't all that sexy. Let's see, what has happened that could be considered sexy in the last 24 hours...not much unfortunately. I posted the following image all over myspace: 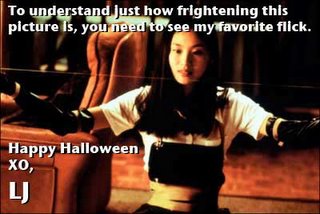 Kicking Balls and Kicking his Stuff OUT!

The last two weeks have been overwhelmingly busy. I've done soooo many incredibly fun sessions! There was the return of JimmyBob complete with some very thoughtful props and inspired by my play earlier in the day: BALL KICKING!!! I had been a touch nervous about the appointment I had booked for that morning. My client was clear in his introductory email as well as subsequent appointment phone call that he was a ball busting fetishist. While I have done some over the years, I don't recall ever having been asked for a full hour of slamming my feet into anyone's scrotum. Me being me, I researched it. I read over reviews on Max Fisch, did some general web searching and called a few other Mistresses for tips. I was, of course, an absolute natural! Have you forgotten that I've been kickboxing for nearly a year? My favorite kick was basically a modified front kick, knee up and instead of striking with the ball of my foot, I'd slap with my instep. SO MUCH FUN!!!! I also really enjoyed sitting on the table and basically speed bagging his balls with alternating feet.

I'm normally available most of the time. I'm so lucky that my day job hours are utterly flexible. But I had to turn down three sessions yesterday. I spent the day moving my ex's belongings into storage. My apartment is mine again! This was not a box of photos and a few sweaters situation. I filled a 14 ft truck to move it all to a 10x15 storage space. My apt is practically empty! I feel like I just moved in. I'll be using a combination of professionals and cleaning slaves to get it inhabitable again. While I don't subscribe to the "Mistress as Divine Being" mindset, I assure you that you will never see me scrubbing the floor. Cleaning just isn't one of my skill sets. We had a cleaning lady during my formative years. I wonder if my mother even knew how to clean?

a draft post from last week that I never finished....

I played quite a bit this week. I had two really intense and special sessions that I'll go into further detail on when I have more time. Last night I attended two showings at cinekink "the really alternative film festival." The Writer of O and Xaviera Hollander. Both are documentaries on women who wrote books of a sexual nature that both caused tremendous scandal at their release and altered public thought on marginalized sexuality. I thoroughly enjoyed both (though I could have lived without the dramatic recreations from The Story of O). Tonight I had dinner at wd-50 and experienced the most amazing dessert I have ever encountered. While I do not consider myself a "foodie" this may have been a life changing experience.
Posted by Ms. O. at 10/20/2005 11:46:00 PM No comments:

No one walks in LA, but anyone can shoot a handgun

I leave Los Angeles tonight. I had an absolutely amazing time. The service here is phenomenal! People consistently went way out of their way to assist me. I had two of the best dates I've had in six months. Reconnected with an old friend whose love of LA & Santa Monica was infectious. Perhaps I didn't promote my visit heavily enough, but I barely saw any clients; so fear not NYC, I'm not leaving yet. I caught the new Neil Gaiman & Dave McKean flick, Mirrormask. As to be expected, it was beautiful and enjoyable. But the absolute highlight of my trip was shooting pistols last night at the LA Gun Club! Though I've shot rifles in NYC, the laws are much stricter and you can not just stroll into a shooting range and say, "hey pass me that beretta." Out here, you can!!! Just not alone. Some kind of suicide prevention thing. So I hit LA's craigslist with the following ad:

Want to go shoot guns and/or see the Weegee exhibit at the Getty?

And you thought that was just a catchy title. Nope, I'm serious. I live in NY and am just here on vacation for one more day. NYC gun laws seem to be MUCH stricter. I've never shot a handgun and have always wanted to. I called a gun club here in LA, but people aren't allowed to go alone. Wanna go shoot guns?

I also am interested in checking out the Weegee exhibit at the Getty.

I don't think there is much opportunity for conversation at shooting ranges, but the following outlines a bit about me and whom I typically seek.

I would like to meet someone interesting, intelligent and articulate. I am, of course, all of the above. I like violent asian films (think Takashi Miike), am relatively apolitical, have a twisted sense of humor, am an unrepentant smoker, believe deeply in the merits of caffeine, am dangerously impulsive, find spelling/grammatical errors on shop signs both irksome and occasionally amusing. Oh yeah, the shallow stuff. I'm pretty, sexy, tall with dark red hair, hazel eyes, long muscular legs and a voluptuous figure.

I like smart men without pretension. Please have a solid grasp of the English language, lived adventurously enough to have a few tales to tell and know how to laugh. Tall wiry guys typically turn my head but a fully functioning brain and a twisted sense of humor are required to hold my interest. Kindly reply with your photo and something about you that might pique my interest.

I received about twenty-five responses by the time I returned from the movie. Some were downright scary. The guy built like a linebacker in a black suit, black shades and "enforcer" written all over him, sent a one line reply, "I love guns." The teenaged gangbanger complete with bandana tied around his head, said, "Yo! bitches wit guns are hot!!!!"

The guy I actually went out with really fit no stereotype. Intensely intelligent, hardcore geek cred, MacGyver claimed skills that I didn't have the opportunity to test, an absolutely sincere smile and enough in common with me to talk until six am.

We shot off about a hundred rounds each, using a Beretta 92FS and a Kimber Eclipse Custom II. I was so excited when we arrived that I actually jumped up and down like a little girl. However, as the guy behind the counter talked to us about which guns to choose, I was suddenly sobered by how absolutely dangerous guns are. So it was with a healthy respect for the weapons we were about to use that I put on the eye and ear protection they provided. But by the time we were actually in the lane, I was totally psyched and excited again. It was SOOOOO much fun.

So...I'm in Los Angeles. I've had the greatest time from the moment I arrived. Spent the weekend in Beverly Hills at The Four Seasons for a family wedding and am now partying like a rockstar in West Hollywood. Had my first famous client, don't bother asking, I WILL NEVER TELL.
Posted by Ms. O. at 10/11/2005 07:07:00 PM No comments:

Pro-Domme in NYC and The Hamptons

Read over this page, then you may send a respectful email and I'll think about it.

Got Something To Say?

Wish you could talk with me? you can...

Check out what I desire: